Romancing the Villain! The delicious appeal of Bad Boys...

What is it about the appeal of Bad Boys?  A strange thing happened while writing Rowena and the Dark Lord… I appear to have fallen for my villain.

Yes, Thane is the hero, and Rowena is smitten with him.  But her literary creator has become more and more enamoured with bad boy Cedric – the villain of the piece.  Cedric is determined to have Rowena to himself, and he will stop at nothing to get her, including selling his soul to Lucifer.  Cedric messes with the black arts.

Cedric can mess with me anytime.

How the heck did this happen?  I set out to write a funny and sexy adventure, with good guys, bad guys and spunky heroines.  Love that Rowena.  She’s everything I would like to be. Clever, beautiful, sexy… a bit daring, but with a strong moral compass.  Thane is a terrific match for her; strong, smart, loyal, handsome, and the King to boot.  Arch enemy of Cedric of course.

I wanted to make the story rich with characters, so I worked hard to make my villain three-dimensional.  He has thoughts, moods, desires just like anyone else.  And maybe even some good traits.  It’s hard not to be moved by a guy who will risk his life for you.  In fact, it is Cedric  - not the hero - who rescues Rowena from a particularly nasty band of medieval brigands…

Something about that Cedric pulls me.  He’s not as good-looking as Thane.  He probably isn’t as smart. His morals are questionable – maybe nonexistent.  But he is cunning.  He is dynamic.  He is never, ever boring.

Cedric is the typical bad boy.

What it is about men who don’t fit the typical hero mode, but ‘bother’ us, somehow? That’s how Rowena puts it.  “I didn’t like his looks – they bothered me.”  I’ll say they did.  Rowena was rocked to the core!  You see, I know that feeling.  I’ve felt it myself…

Cedric has long red-gold hair.  His eyes are green, and they have an eerie glow when he uses magic. He’s tall, broad and thoroughly masculine, with bands of muscles on his arms.  And he draws her like a moth to fire…

Exciting, that’s the word.  The bad boys in our past made us feel like we were alive.  Living on the edge has its attractions.

So Thane may be the ideal man for Rowena, and for many women.  But Cedric will always be there, in the back of her mind, tempting…promising something that will take her beyond the ordinary, something delicious, enticing…

Damn, that’s attractive.  I can’t kill him off. In fact, he’s the star of book 2, ROWENA AND THE DARK LORD.

Melodie Campbell has over 200 publications and has been published in almost every genre.  She has won nine awards for fiction.

Announcing...ROWENA AND THE VIKING WARLORD!

Final contracts have been signed - release date Summer 2014
This is book three in the Land's End trilogy that opened with ROWENA THROUGH THE WALL, the Amazon Top 100 bestseller.

Here's a fun teaser (I'll leave a sexy one later):

I was about to suggest something when a man stepped out from the forest.

He was big and mean-looking, and he held a round shield and an axe. I looked at the burly Viking guy and knew exactly what to do.

I took off back toward the river like a crazed bat.

Kendra was yelling something. I turned around to make sure she was right behind me.

She wasn’t. In fact, she hadn’t left the path.

Her back was to me and the Viking guy was lying on his back on the ground. His shield was about six feet away. Kendra was holding the axe.

I ran back to her side.

She shrugged. “There was only one of them, Row.”
Posted by Melodie Campbell at 12:51 3 comments:

Nefertiti, Noses, and the Definition of Pretty by Bad Girl

Many years ago at the Toronto Press Club, a man called me “Striking.”  (For the record, men have called me a lot of other things over the years.  “Bossy” immediately comes to mind.  But I digress.)

“Maybe it means you walk into a room and men feel struck by your beauty,” said friend Kathy,
helpfully.

“Maybe it means you have a mean left hook,” said former friend John, who discovered that I did.

Recently, a man pointed me to this list of definitions, which apparently makes it all clear.

Variations on the word ‘Pretty,’ when used to describe a female:

Striking:  pretty with a big nose

Attractive:  just pretty enough (it doesn’t say for what, but we can guess)

Okay, here’s the thing about noses.  My nose, of the good solid Roman variety, apparently made me a good photo model.  “You’re face has great planes,” said a former professional photographer.  “It doesn’t moosh into one flat surface on glossy paper.”

Damn straight, we wouldn’t want a nose that mooshes.  At the same time, I have to wonder about being defined by my nose.

So I asked my husband what ‘striking’ meant to him.

“It means you’re memorable,” he said wisely.  (Meaning, he was wise to say it.)  “Look at history.  That bust of Nefertiti – she had a big nose.  And everyone thinks she was the babe of her century.”

So that brings up another question:  What exactly do they mean by “babe”? 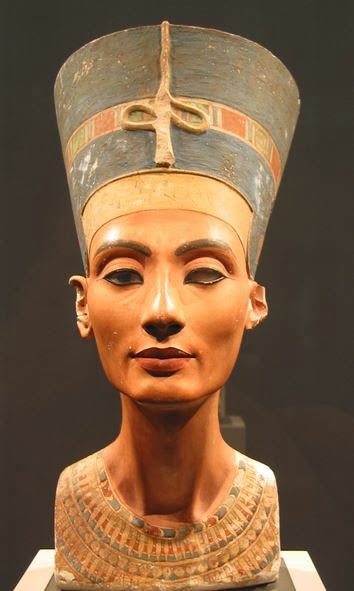 Below are the 8 stages of birthing a novel, and why fiction writers drink.

1  JOY – You are finished your manuscript.  Damn, it’s good!  The best thing you’ve written, and it’s ALL DONE!  Time to open the Glenlivet.

2.  ANGST -  You submit manuscript to your publisher.  Yes, even though they’ve already published 5 of your novels, you still don’t know if they will publish this one.  Will they like it?  Is it as funny as you think it is?  Is it garbage?  Glenlivet is required to get through the next few days/weeks.

3.  RELIEF - They send you a contract – YAY!  You are not a has-been!  Your baby, which was a year in the making (not merely 9 months) will have a life!
Glenlivet is required to celebrate.

4.  ASTONISHMENT – The first round of edits come back.  What do they mean, you have substantive changes to make?  That story was PERFECT, dammit!  This is the 15th draft, not the 1st.  Commiserate with other writers over Glenlivet at the Drake.

5.  CRIPPLING SELF-DOUBT – The changes they require are impossible.  You’ll never be able to keep it funny/full of high tension, by taking out or changing that scene.  What about the integrity?  Motivation? And what’s so darn bad about being ‘too slapstick,’ anyway?  This is comedy!
Can’t sleep.  Look for Glenlivet.

6.  ACCEPTANCE – Okay, you’re rewriting, and somehow it’s working.  Figured out how to work around their concerns.  New scene is not bad.  Not as good as the original, of course (why couldn’t they see that) but still a good scene.  Phew.  You’re still a professional.
Professionals drink Glenlivet, right?

7.  JOY – They accept all your changes!  YAY!  You love your publisher.  All systems go. This baby will have a life.
Celebrate the pending birth with a wee dram of Glenlivet.

Posted by Melodie Campbell at 10:14 No comments:

THE GODDAUGHTER'S REVENGE a Finalist for the Derringers!

No need for the mob to take revenge....

THE GODDAUGHTER'S REVENGE has been chosen by judges of the Derringer Awards as a finalist in the Novelette category!

(The Derringer Awards are sponsored by the international Short Mystery Fiction Society.)

Winner will be announced April 1. 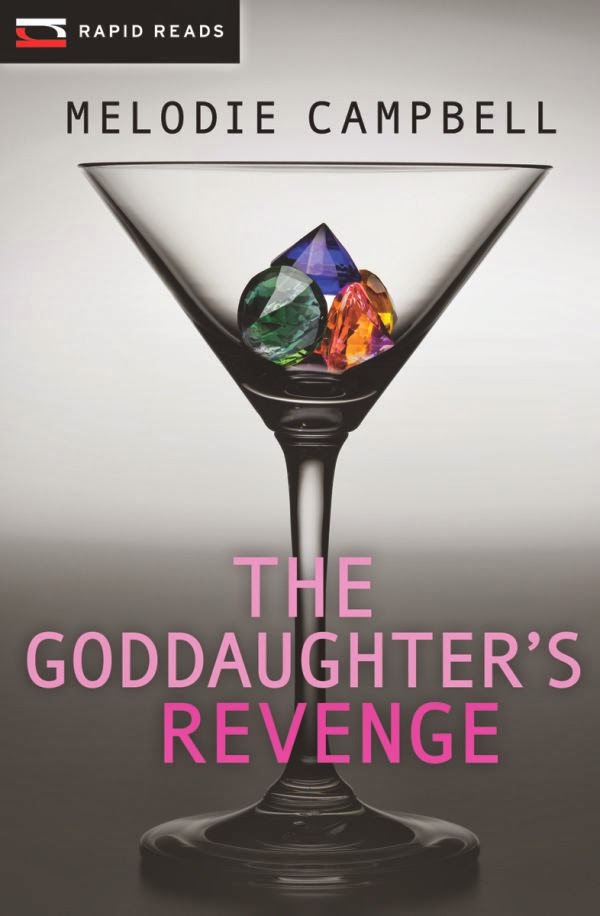 Posted by Melodie Campbell at 20:29 2 comments: