Read the National Expirer
…for the best in Graveyard Journalism

Dear Ti,
Sorry honey, but you married him.

Dear Liv,
Belt him.  (Act fast: this relationship is bound to be constricting.)

Confidential to Offended in Oakville: You are absolutely right, and a girl has a right to pick and choose.  I would never agree to try that position with a man I wasn’t married to.  I mean, what would your husband say?

Posted by Melodie Campbell at 05:42 No comments:

“Is that a salami in your pocket, or are you just glad to see me?” HOW TO TELL IF YOU'RE ITALIAN


I write mob comedies.  Yes, I’m Italian.  Yes, I’ve been a Goddaughter, like the heroine of THE GODDAUGHTER.  Okay, maybe not exactly like.  But close enough that I can easily imagine what it would like to be a mob goddaughter.  The Christmas presents would be pretty decent, for one thing.

Besides, I can get my salami and mortadella wholesale in any deli in the Hammer (Hamilton.)  Did someone say working class?

Melodie’s rules:  How to tell if you’re really Italian:
1.
I1.  If  you absolutely cannot talk with your hands held down. Okay, not true. You can scream if they try to hold down your hands. And kick.
2 2.  If you have at least 2 cousins named Tony.  And one uncle.
3 3.  If you consider Pasta a vegetable. (It’s good for you!  Really.  Ask any Italian grandmother.)
4 4.  If you can listen to five conversations at once, in at least two languages, and answer back.
5 5.  If you have four first names (Melodie Lynn Theresa Anne…)

Okay, it gets a little tougher now….
6 6.  If you regularly faked a long penance after confession just so the boys would think you were way hot.
7 7.  If your family does not consider a ‘heater’ something you turn on in winter.

And how to fake it…

8 8. Cry when Pavorotti sings the FIFA soccer anthem.
9 9. Ask for Brio and Orangina in restaurants.  Gasp loudly if they don’t have it.
1 10. Kiss everybody.  All the time.  Left cheek, Right cheek. (THEIR left cheek, right cheek.)
1 11. ALWAYS wear designer shoes.  Especially when shopping for shoes.  If you don’t have a special wardrobe just for shopping, you are not Italian.
1 12. Long hair, ladies.  At least until sixty.
1 13 Wine is a vegetable.  It’s good for you.

I hate to end a list at 13.  We Sicilians are superstitious.  So here’s one last way you can tell you’re Italian:
Jewelry. Lots of it.  The plane nearly came down with the weight of gold those expats wore coming back from Roma last trip.  Heard in all lines at Customs: “What, this old thing?”

THE GODDAUGHTER'S REVENGE, coming Oct 1! Available for preorder now at Chapters/Indigo and Amazon. Check the dedicated page (in the menu above) for buy links.

Posted by Melodie Campbell at 07:30 4 comments:

Dear Morticia;
My boyfriend and I won five hundred thousand dollars in a lottery.  I want to buy a house and he wants to buy a 427 AC Cobra four speed.  What should we do?
Signed Homeless

Posted by Melodie Campbell at 07:08 No comments: 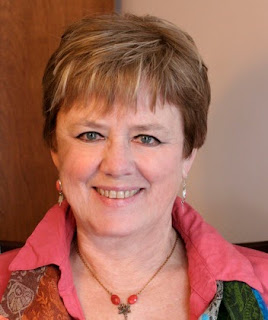 Posted by Melodie Campbell at 16:10 2 comments:

BLAME IT ON AGATHA! The tantalizing chess game of the classic Whodunit


Okay, I admit it.  Along with coffee, dark chocolate, and foreign men named Raoul, I have an addiction.

I’m a sucker for the “You won’t guess the ending” Whodunit.

I blame Agatha Christie for this addiction.  She is also to blame for a lot of eleven-year-old sleepless nights, as well as my father’s near heart attack in 1970 when I announced at the dinner table “I know thirteen ways to poison people and not get caught.”

Christie was indeed the Queen of Plot.  After an appetizer of Nancy Drew, I whipped through Poirot, Marple, and Tommy and Tuppence in less than two years. Then I moved on to Sayers, Allingham, Marsh and any traditional mysteries I could get my hands on.

Why?  It’s the chess game.  The sheer bliss of pitting my mind against the author’s to see if I can guess the killer before the story’s detective.

To this day, I relish a book that plays fair, leaves me the clues, and stumps me at the end.

So it’s no surprise that my second published book, co-written with good friend Cynthia St-Pierre, is a traditional whodunit.

Happy Birthday, A PURSE TO DIE FOR!
Yes, it’s been one year since our publisher launched this fun whodunit, and that little book has travelled through the Amazon best-seller lists faster and higher than we dared anticipate.

It appears we are not alone in loving that killer surprise ending.

My favorite line from the 61 reviews posted thus far?

“You’ll be certain you know the killer. Twice. But you’ll be wrong.”

THAT is what we set out to do.  THAT is the kind of book that makes me smile and gives me chills.

Like a classic “You won’t guess the ending” whodunit?  See if you can guess the killer in A PURSE TO DIE FOR.

Melodie Campbell is an award-winning author of 40 short stories and 5 novels, including A Purse to Die For, co-written with Cynthia St-Pierre.  Melodie has won 6 awards for fiction, and is the Executive Director of Crime Writers of Canada.
Posted by Melodie Campbell at 08:13 1 comment: