"Comedy and Space Opera - a blast to read!" (prepub reviews)
"A worthy tribute to Douglas Adams" 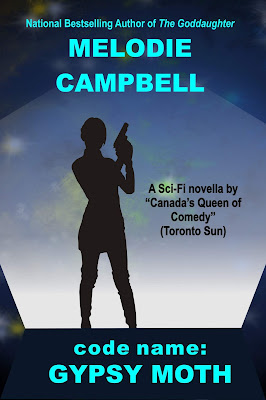 It isn't easy being a female running your own bar in the final frontier...especially when you're also a spy!

Nell Romano loves two things: the Blue Angel Bar, and Dalamar, a notorious modern-day knight for hire.  Too bad he doesn't know she is actually an undercover agent.  When Dalamar leaves on a routine job, Nell uncovers a rebel plot to overthrow the Federation.  She has to act fast and alone.

Then her cover is blown, and more than their love is put to the test....