She's back for another year!  From Morticia's Massage Parlour and Advice Acadamy - with Apologies to Christmas purists everywhere...

T’was the night before Christmas
Just right for a fling
Not a creature was stirring
Not even dear Thing
The relatives were hung
By the chimney with care
And spiderwebs shimmered
Like wreathes in the air.

When all of a sudden
There was such a clatter
I rose from my coffin
To check out the matter
T’was the big guy himself
And in situ quite dire
Missed his step in the flue
Landed square in the fire.

He cursed and he blustered
And rolled on the rug
I shook my head, scolding
“Don’t you be such a mug,”
“Santa,” I said
“If you want to get hot
Step away from the fire
And come see what I’ve got!”

His eyes were like saucers
He straightened up quick
Then he yelled to an elf
“Hold my sack for a bit”
And I’m happy to say
Though his belly may jiggle
The rest of him functions
With nary a wiggle.

A few hours later,
The clock ticked away
But ole Santa, the rascal
Seemed inclined to stay.
“Darling,” I said
“While I hate to remind
The children are waiting
You’re right out of time!”

“Oh damn,” he exclaimed
Tripping over his suit
“Get the reindeer all ready!
Where’n hell is my boot?”
He dashed to the graveyard
In a manner most hardy
To find reindeer engaged
In a whale of a party.

“Yo, Dasher!  Yo, Dancer,
Stop it, Prancer and Vixen!
Who’s on her?  Oh Donner…
Where’s Cupid and Blitzen?
Get off her you bugger,
Mind the top of that wall.
Oh, dammit all! Dammit all!
Dammit to hell!”

He had them reharnessed
As quick as a wink
Then he mounted and muttered
“Could I use a drink!”
And I heard him proclaim
As he rose out of sight,
“Merry Christmas – Hey doll!
Be back later tonight!”

Posted by Melodie Campbell at 08:01 No comments:

A Few Words about Turkey...comedy reprinted with permission


Today, we are going to talk about Christmas.  Basically, about the inequities between men and women, when approaching the subject of preparing for Christmas.

Women, for example, approach Christmas from the point of view of shopping for presents, selecting and decorating the tree, cleaning the house for company, cooking the holiday dinner for 10, and flopping from exhaustion just in time to hear Dasher and Dancer on the roof.

Men, on the other hand, tend to regard Christmas as something that precedes the Superbowl.

In order to properly conduct this extremely scientific study, it’s necessary for us to delve deeper into the proverbial muckbin of sexual politics.  Let us look at the different attitudes between the sexes when considering the subject of turkey

Let’s further examine the role of men and women when purchasing gifts for the average North American family.

She buys for:  the kids, the dog, the husband, his mother, her mother, his father, her father, Aunt Gertrude, Uncle Larry, his best friend, her best friend, the kids’ teachers, the crossing guard…

Lest this seem a tad inequitable, let’s remember that there is a good reason the world is aligned this way.  There is no possible way a gal WANTS her guy to buy for everyone on the above list.  This is because most guys’ idea of a really neat and original thing to buy is a gift certificate from Canadian Tire or Fred’s Rods and Live Bait.

Which is why – although it is often the only present they have to get – many men revert to the time-honoured guy tradition, which is try to ignore it and maybe it will go away, aka “leave it to the last minute.”

This is why, on Christmas eve, you are apt to see hundreds of crazed men running through local shopping malls buying anything that doesn’t move, yell or bite.

Him (in department store, 9 PM Christmas Eve, clutching something that resembles a blouse):  “It’s perfect!  How much?”

So darling, if you’re reading this, the tree is up, and I have a few things on hold at Tiffany’s.  You choose. 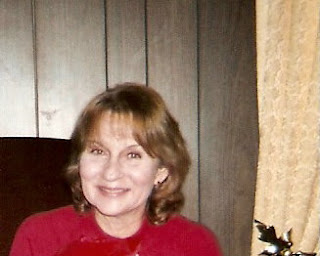 The novels in my Malone mystery series, Mixed Messages and Unfinished Business, address some serious subjects. My main character, Ann, is married to David, an alcoholic so, of course, there are “issues” involved in her marriage. Also, she’s raising two young children with all that entails and she’s dealing with a “difficult” (to put it mildly) mother-in-law. As if that weren’t enough to cope with, there’s a serial killer on the loose in Ann’s neighborhood, attacking women in their homes. Serious stuff!
But even with all the problems she has, Ann manages to find some comic relief in her life. The main source of humor for her is her six-year-old son, Davey, an adorable little boy with light blonde hair, big blue eyes and the typical inquisitiveness and precociousness of a boy his age. In this excerpt from Unfinished Business, Davey interrupts a serious conversation between his mother, Ann, and his Aunt Marnie who are in the kitchen doing the dishes.
“Mommy, I’m hungry!” Davey said, charging into the room. He was wearing his mother’s treasured multi-colored scarf around his neck.
“Davey Kern, where did you find that?” Ann asked, pointing to the scarf.
“I found it in the closet, Mommy. In that big box where you keep the ornaments.”
“What the heck were you doing in there?”
“Hiding from Sam when we played hide’n seek. He couldn’t find me,” he boasted, “so I won!”
“Well, hand it over, young man. I’ve been looking all over for this. Where are Sam and Dani?”
“Dani’s in her room, reading one of those Narnia books Aunt Marnie gave her, and Sam said he wanted to take a nap. He said hide’n seek made him tired.” He sat down and leaned his elbows on the table. “I’m not tired but I’m starved! Can you make me something to eat?”
“Poof,” Marnie said, waving her hand at him and sprinkling water in the air. “You’re a sandwich.”
It took Davey a few seconds to get the joke but then he broke out laughing.
“Marn, looks like our talk will have to wait,” Ann said. She walked over to the refrigerator and peered inside. “So, what would you like, Davey? I have goat milk, pig tails and donkey ears.”
“Boy, Mommy,” he said. “You’re always telling me I’m wound up. I think you and Aunt Marnie are wound up now.” He stood up, walked over to his mother and pretended to turn an imaginary key on her back. Then he went over to his aunt and did the same thing. “There,” he announced, “you’re both unwound. May I please have a sandwich now?” 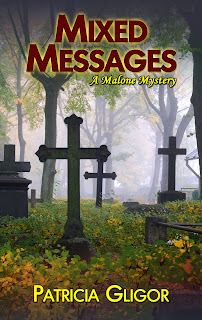 We all know that children often have a way of saying and doing things that brings a smile to even the saddest face. I remember a TV show when I was a little girl. Art Linkletter hosted a segment at the end of each show called “Kids say the darndest things.” The show ran from 1952 to 1970 and, during that time, Mr. Linkletter interviewed over 20,000 kids. It brought some humor into the lives of millions of viewers, brightening their day. 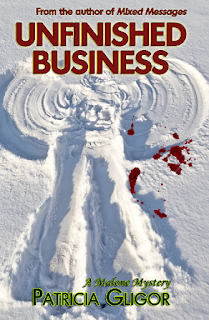 Readers’ Digest claims that “laughter is the best medicine” and I believe that’s true! Have you laughed today?