Morticia will return to these pages if somebody doesn't kill her off first.
Posted by Melodie Campbell at 11:11 2 comments:

Rowena Through the Wall in no. 2 spot on Amazon.ca Bestseller List!!

Today, Rowena Through the Wall took the no. 2 spot on the Amazon.ca top 100 Bestseller list  (fantasy, futuristic & ghosts), behind Karen Marie Moning!  Many thanks to all the people who made this possible.

I can't joke at a time like this.  More funny stuff later.
Posted by Melodie Campbell at 13:41 2 comments:

Dear Morticia;
My boyfriend and I won a hundred thousand dollars in a lottery.  I want to buy a house and he wants to buy a 427 AC Cobra four speed.  What should we do?
Signed Homeless

Posted by Melodie Campbell at 13:26 4 comments:

I am pleased to welcome Alison Bruce, writer of mystery, adventure and romance, and occasional tech guru. 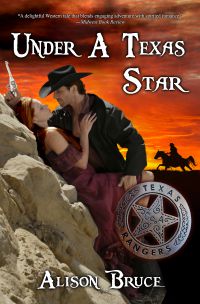 Romance is Funny that Way


I wrote my first romance when I was in my late teens: “Angel in Paradise”. It was cross between Love Boat and the Perils of Pauline. I tried to write it straight and failed abysmally. Then I tried writing it as a comic romance and fell flat. It took me years of writing and life experience to understand that while I was no comedian, I would always see the humour in life experience and it would come out in my writing whether I intended it to or not.

Humour is humanity’s greatest coping mechanism. It gets us through the most frightening and despairing situations - and romance is no exception. Let’s face it love, true love, is scary, messy and raises us to great heights only to drop us into the depths of self-doubt. If we didn’t laugh, we’d be going to Romeo-esque extremes - killing ourselves when a little common sense could have led to a happily ever after. I’d rather die laughing.

So, when Jase Strachan realizes the mess he’s got himself into, taking care of a boy who is really a girl who he is falling in love with, he laughs at himself. When Marly Landers puts herself in danger, his sense of humour stops him from strangling her - or blowing her cover which would be worse.

Marly uses humour - even allowing herself to be the butt of the joke - to defuse situations that might lead to her masquerade being discovered. In the end, she uses a tactic worthy of a Shakespearean comedy to get her man. Just read the book and see.

"I loved the murder mystery ... as well as the sense of humor which had me either chuckling or laughing out loud. The development of the main characters is very well done."
Jacqueline Wilson, Deputy Sheriff for Publications of the Chicago Corral of the Westerners

“This novel is filled with accurate settings, genuine voice, and unexpected humor. And if you're more interested in the thriller or detective or romance or mystery genre, there is enough of a romance angle and an in-depth murder investigation to satisfy everyone.”
Gail M Baugniet (reader review) 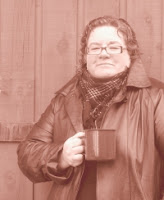 Alison Bruce has an honours degree in history and philosophy, which has nothing to do with any regular job she's held since. A liberal arts education did prepare her to be a writer, however. She penned her first novel during lectures while pretending to take notes.


About Under A Texas Star
Disguised as a boy, Marly joins a handsome Texas Ranger in the hunt for a con man and they must bring the fugitive to justice before giving up the masquerade and giving in to their passion.

When Marly Landers is fooled by con man Charlie Meese, she's determined to bring him to justice--even if it means dressing up as a boy and setting off across the plains to find him.

Texas Ranger Jase Strachan is also after Meese, for crimes committed in Texas. He joins forces with the young boy in a journey that takes them to Fortuna, where a murder interrupts their mission. Jase is duty bound to find the killer, no matter the cost.

Marly carries out her own investigation and comes to the aid of Amabelle Egan, the sister of one of the suspects. But appearances are deceiving, and Marly is mistaken for Amabelle’s suitor, making her a target for the killer. Not to mention, Charlie Meese is still out there.

Under the Texas stars, Marly and Jase are drawn together by circumstances beyond their control, yet fate plots to tear them apart. Will Marly finally get her man?
Posted by Melodie Campbell at 12:10 2 comments:

Back in the bad ole days, I had a gig writing a wacky advice column for a resto/bar trade mag.  On the urging of a few friends who have absolutely no taste, I am bringing Morticia back to life <sic> on these pages.  Reprinted with permission...

Dear Morticia:
This guy I really like has finally asked me out.  Thing is, I met him at a beach and he doesn't know I wear glasses.  Should I wear them on our first date?
Signed:  Short sighted

Dear Short:
That depends.  What does he look like?


Dear Morticia:
I've been sleeping with a piece of wedding cake under my pillow since last April and it isn't doing a thing.  What do you suggest?
Signed:  Always a Bridesmaid

Dear Always:
Personally, I've never seen the point of sharing your pillow with wedding cake.  Why don't your try a man instead?  Lots more fun and not near as messy.

Dear Morticia:
All I want is a man who doesn't play golf all weekend long.  Is that too much to ask?
Signed Weekend Widow

Dear Weak:
Really?  That's ALL you want from a man?  Must get pretty boring at night....

Dear Morticia:
I like your style.  How about a date, Sugar?
Signed: Swinger

Email ThisBlogThis!Share to TwitterShare to FacebookShare to Pinterest
Labels: advice column, comedy, humor, Morticia, Rowena Through the Wall, The Goddaughter

Announcing the Winner of What's Behind YOUR Wall?

Congratulations to Leisa Prater, who has won the draw for the ebook version of Rowena Through the Wall!
Thanks to everyone who entered.

Don't forget to enter other contests offered by Imajin Books this summer!
Posted by Melodie Campbell at 14:20 No comments: