ROWENA THROUGH THE WALL featured on

starting with Rowena Through the Wall

an Amazon TOP 50 Bestseller in the US

My name is Rowena Revel and I am the last hereditary witch of Land's End.
Unfortunately, I'm not a very good one.

Thus begins the final book in the Land's End trilogy, ROWENA AND THE VIKING WARLORD. 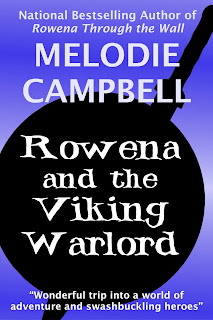 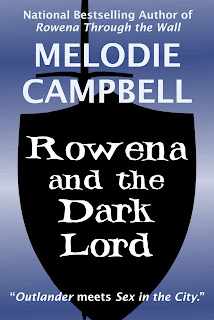 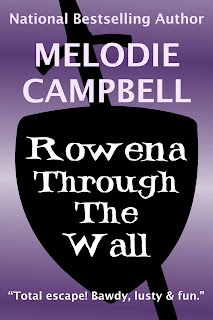 
When Rowena falls through her classroom wall into a medieval world, she doesn’t count on being kidnapped – not once, but twice, dammit. Unwanted husbands keep piling up; not only that, she has eighteen-year-old Kendra to look out for, and a war to prevent.  Good thing she can go back through the wall when she needs to…or can she?

“How did you do that?”  Kendra gasped.
“Do what?”
“I just saw you walk right through that wall!”
“Oh that….” I said, brushing myself off.  “Look sweetie, not to change the subject, but I don’t have a whole lot of time-”
“And who is that?”
Kendra gaped at Logan, who stood at least a foot taller than her.  He, in turn, gazed down at her as if he had just discovered the meaning of life, the universe and everything that might possibly be in it.
“Damn,” I mumbled.  “Kendra – Logan, Logan – Kendra.  Now that we’re all introduced, I really have to hustle.”
Kendra’s eyes widened.  “Is he for real?”
“Yes, yes, he’s real,” I said, lowering my voice. “ Kendra, I have to whip home for my vet bag.  It would be easier without him along.  Can you keep him here? I’ll only be 20 minutes.”
“Sure, but how?”  She could hardly take her eyes off him.
“I don’t know…flirt with him or something.  But don’t let him leave this classroom.  Got it?”
She gulped.  “Okay.”
I ran to the desk and grabbed my car keys.  Just as I reached the exit, I heard Kendra say, “So…is that a broadsword on your belt or are you just glad to see me?”