OATLANDER - and you thought Rowena Through the Wall was a parody on Outlander...

Stand back.  People have been asking for zany.  In fact, they asked for a repeat of this particular post (which just shows you how desperate we all are...)

Yes, ROWENA THROUGH THE WALL (as featured on USA Today) has been called "Outlander meets Sex and the City" by professional critics.  But even they wouldn't be prepared for the plot that never quite made it to print...

OATLANDER – Why I can never write a book straight

It happened again.  One little letter got switched around, and those little writer demons in my head let loose.

It started with a quote from an industry reviewer, regarding my time travel series starting with Rowena Through the Wall.  I was trying to quote:  “OUTLANDER meets SEX AND THE CITY.”

Nice way to describe Rowena et al.  I’m very grateful to him.  But of course, I messed up the spelling of Outlander.

So here’s a sneak preview of my next book:

Claire (okay, lets change that to Flaire) falls through time and lands in virtually the same country she did in that other book.  The country that thinks using animal bladders for instruments is a really neat idea.

“What the heck,” says Flaire, looking around at all the sheep.  “This isn’t Kansas.”

“Ach no,” says ruggedly handsome and unmarried oat farmer, who might possibly be named Jamie (okay, let’s change that to –heck, nothing rhymes.  Tamie?  Bamie?  Okay, Balmy.  “And why are you wearing just your slip, lass?”

Balmy:  “Canna no dae that, lass. Only sheep here.”

<We travel further along in the story, to the battle of Culloden, where Balmy and the local rebels exchange words.>

Leader of Rebels:  “Today  will go down in history, lads!  Grab yer spikes and pitch forks!  We go to spill English blood!”

Flaire, watching everyone trip over sheep.  “This isn’t going to end well.”

Flaire:  “Sure.  No oats though. We’d have to call this…Cornlander.

Balmy <scratching chin>:  “But that would be-“ 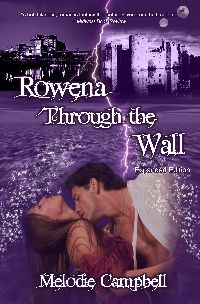 Now in Audio - at all the usual suspects