Online and at all major bookstores 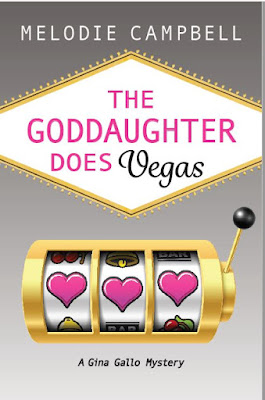 Gina Gallo is a mob goddaughter who doesn't want to be one. She's left her loopy family behind to elope with Pete to Vegas. Except that eloping may be a mortal sin in an Italian family.

Vegas is full of great acts, but one impersonation is real: Gina has a crime-committing double whose activities are making Gina front-page news. Gina has to track down this fiendish fraud before the police catch up with her. And, of course, cousin Nico is along for the ride.

Another madcap adventure for the lovable Gallo cousins that proves the rule "Why should things go right when they can go wrong?"

"A miniature gem...the work of an author at the absolute top of her game."  Don Graves, Canadian Mystery Reviews 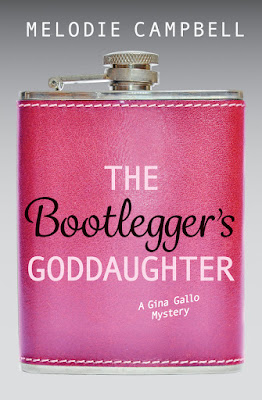 
Gina Gallo is a mob goddaughter who doesn’t want to be one.  Her bumbling mob family never gets it right.  This time, she’s getting ready for her Christmas wedding.  But then she’s robbed, cousin Jimmy has a heart attack and someone in the Hammer has hijacked a truck full of booze.  What’s going on?  Gina knows bootlegging used to be a family business, but they stopped that in the 30s.  Didn’t they? 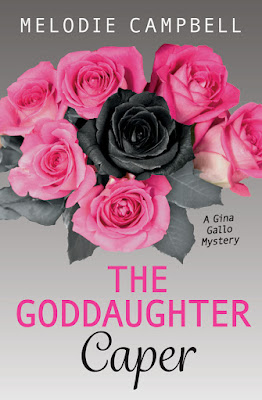 Strange things keep happening in Steeltown.  A body shows up in the trunk of Gino’s car.   Another is mistakenly shipped to Nico’s new store.  And what about that stack of coffins that appear to have fallen off a truck?  When everything points to Mad Magda and the Last Chance Club from the Holy Cannoli Retirement home, Gina is determined to get to the bottom of it.  But she’ll have to act fast, because the police are right behind her. 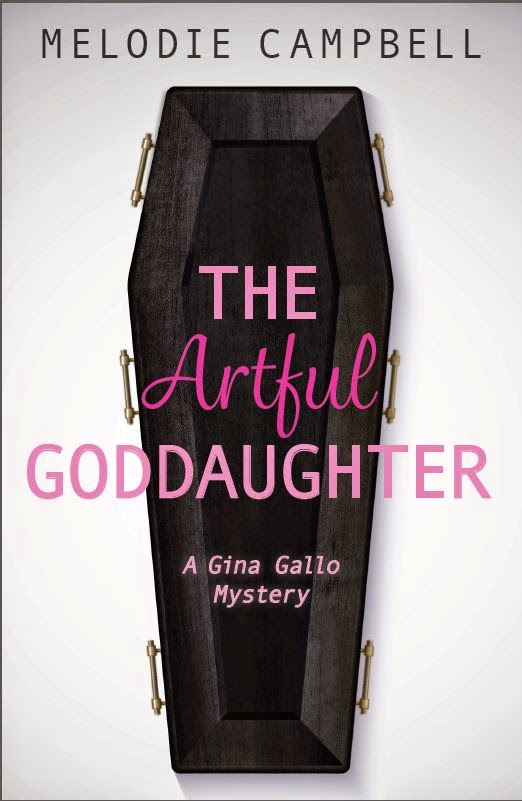 
CANADIAN MYSTERY REVIEWS.
by  Don Graves.
Strong plot, great zingers and imagery that draws you in and just doesn’t let go. Gina Gallo, the leggy beauty, about to wed inherits a stash of cash from her deceased uncle that comes with a condition…reverse an old crime with a new one and get him to his final reward. And she’s off with her crew of relatives anyone would love to hide. The scam is delightful, the plot, setting and dialogue move with page turning intensity which makes the Artful Author’s third crime ride a blast and a laugh.

WINNER of the DERRINGER and ARTHUR ELLIS! 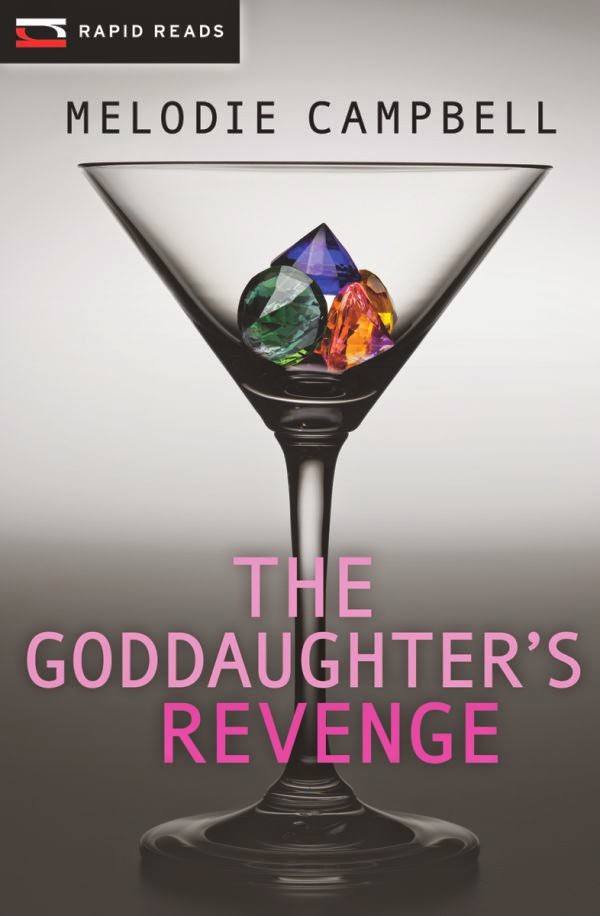 Review of THE GODDAUGHTER'S REVENGE from the October issue of VOYA:

The Goddaughter's Revenge is a mysterious story about a jewel heist with a twist. Filled with Italians and a country singer best friend, this story delivers a lot of tongue-in-cheek one-liners and a type of slapstick comedy one might expect in some mobster movies. The main character, a jewelry store owner, and her assistant embark on a quest to switch out fake gems for the genuine ones. In the end, all is solved and the culprits are held responsible for their wrong-doings in old-style mobster fashion. Campbell weaves a light, airy story with witty humor and a heroine with a likeable personality. This story will elicit a smile and a laugh or two. Give this to readers who enjoy a deliciously funny tale. 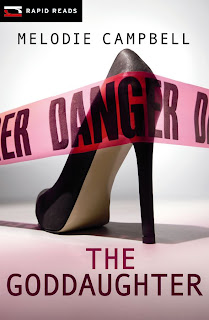 "A very funny romp" Hamilton Spectator review of THE GODDAUGHTER


Stolen jewels, smoggy Steeltown and a reluctant mob Goddaughter make for a whole lot of laughs -

Gina Gallo is the Goddaughter.  She’s also a gemologist who would like nothing better than to run her little jewelry shop, but as she tells Pete, reporter for the Steeltown Star, “you don’t get to choose your relatives”.  And you can’t avoid them when you live in smog-infested Hamilton, and they kinda run the place.

When Gina and Pete bump into each other at the Art Gallery Gala, sparks fly.  So do bullets, when Gina’s cousin Tony is taken down by a rival gang from New York.


Tony was a courier, carrying hot gems in the heel of his shoe.  When Gina reluctantly agrees to carry the rocks back to Buffalo, the worst happens: they get stolen.  By a complete amateur.  It’s embarrassing, that’s what it is.  So Pete and Gina are determined to steal them back from the dame who made off with them, even though philandering politicians, shoe fetishists, and a trio of inept goons stand in their way.

It’s all in a day’s work, when you’re the Goddaughter.