On Sleuthsayers with: ACK Not Again! Five Crime Series Plots that Deserve to Die


On Sleuthsayers today!  I've repeated the post here, for my regular readers.

You have to admire the Brits.  If they have a successful crime series, they don't automatically grow it 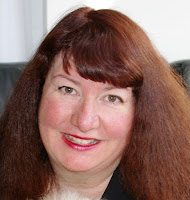 beyond one season (Midsomer, excepted.)  But the trouble with most crime series filmed, and also successful crime series in print, is they go beyond their best before date.  And by this I mean, they start to run out of plots - healthy original plots - and search madly for something, anything they haven't done before, including things that have been done to death <sic>.  The following tropes drive me crazy.

1.  The protagonist sleuth is the murder suspect.
By far, this one has me fired up to throw things.  Inevitably, every long-running series has one episode where the Detective Inspector, the PI or the well-respected amateur sleuth, becomes the prime suspect for a murder well into the series.  Into jail they go.  They've done it with Father Brown.  They've done it with Don Matteo.  Hinterland.  You name it.  Whenever I see this happening, I grit my teeth.  Why?

That plot is boring, man.  Obviously, they didn't do it.  If they did, then it is 'series over'.  And it can't be series over, because there are several episodes left, or a new season to download, and I can see that right on the screen.  So all we're doing is tediously waiting for the sidekicks to get proof that our beloved protagonist didn't do it.

2.  The protagonist and/or sidekick is held hostage.
This is the second plot trope that has me screaming Italian curse words at the screen.  This month, it was Don Matteo and Rosewood.  You can name others.  And again, this is boring. If they are all killed and don't get out, end of show.  But there are more episodes, so they obviously get away.  If we know the ending at the beginning, what's the pleasure in watching?

3.  The police officer protagonist is hated by his immediate superior.
One of the reasons I like Endeavor is because Morse's boss Thursday is such a good guy to young Morse.  In so many shows, including the original Morse, the detective superintendent or chief constable behaves like an out-of-control teen, lambasting our hero with manic fury.  He hates the protagonist, for no good reason we can see.  Or is it that he is so insecure, he can't stand someone who makes him and his department look good?  How demeaning.  By all that's holy, make this stop.

4.  Young female sargeant has affair with older boss.
Okay, we all learned in the 80s and 90s: you don't have an affair with your boss.  It's stupid. It's career-killing.  It's also unethical, if he's married or you're married.  And yet, time after time we see this on the screen.  STILL.  IN 2018.

I cringe, because it perpetuates the ancient stereotype that young female police officers are not serious about their jobs.  They are slaves to their emotions.  They are willing to risk all for romance.  Writers, DON'T take me back to the seventies.  Just don't.

5.  The male Detective Inspector invites prime female suspect/witness to a romantic dinner.
Similar to the 'affair with the boss' above, this scenario gives high-ranking police officers I've talked to apoplexy.  No police officer is that idiotic.

Look, we all understand that tension is ramped up if there is personal involvement.  But come on, writers!  Don't make our extremely professional boys (and girls) in blue look adolescent.  It's insulting.

Just do the right thing.  Tell us a damn good story. And wrap things up before you sink to these tropes.

Melodie Campbell writes seriously wild comedy. You can find her latest crime books (The Bootlegger's Goddaughter and The B-Team) at all the usual suspects.  See this latest ad in Mystery Scene Magazine.

Posted by Melodie Campbell at 07:47