IDEAS: Where do they come from? How do you keep them?


I'm very pleased to welcome friend and colleague Kristina Stanley here, a crime writer who has been nominated for prestigious crime awards before even having a book published.  Well, that is definitely a secret to getting a publisher, folks, and now come the books.  Over to you now, Kristina! 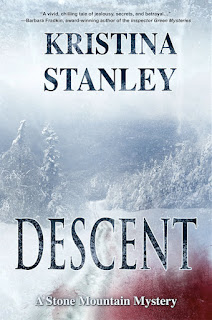 Late one night in Unteruhldingen, Germany I was reading MOONLIGHT BECOMES YOU by Mary Higgins Clark. The opening—a woman trapped in a grave. Darkness and silence surround her, and she doesn’t know where she is. I can still see her fingers clawing at the edges of the coffin.

Tucked in my bed, I knew a driver would arrive at 4 a.m. to carry me to the Zurich airport for a flight to London, England. The sensible thing to do was sleep. But I couldn’t. I turned pages until the car arrived. I was exhausted, bleary eyed and excited. At that moment, I knew I wanted to write something that drove a person to read and ignore life for a while.

When I finally began writing my first novel, I’d been living in a ski resort for five years. Skiing is one of my passions and seemed an obvious topic. That was idea number one.

So I decided it was time to begin writing, but where to start?

First, I created the crime. For DESCENT, I was enjoying the sun at my cottage. Water lapped on the rocks. Wind kept the temperature cool. My mind wandered…How to kill a ski racer? I can’t give the answer, or I’d spoil the story, but once I knew the crime, I built my cast of characters and worked with them for a while. What would drive a balanced person to murder? How do the characters know each other? How did a relationship change from love to hate? These questions led me through the plot.

Ideas are slippery friends, ghosting in and out of periphery vision, but once in a while I grab hold of one and take it to the pages.

The trick with these eel-like creatures is not to let them convince you you’ll remember them. When you have a good idea, write it down, especially those that arrive in the middle of the night, sliding into your consciousness, making you believe they’ll stay until morning. They never do.

During the daylight hours, the eels can still be elusive, so keep your phone handy. Audio record any idea. It’s quick and easy and you don’t need a pen.

Ideas are precious gifts, and it’s best not to lose them.

If you’re interested you can buy or download a sample of DESCENT at:
http://mybook.to/Descent Here’s a little teaser…

“When Kalin Thompson is promoted to Director of Security at Stone Mountain Resort, she soon becomes entangled in the high-profile murder investigation of an up-and-coming Olympic-caliber skier. There are more suspects with motives than there are gates on the super-G course, and danger mounts with every turn.

Kalin’s boss orders her to investigate. Her boyfriend wants her to stay safe and let the cops do their job. Torn between loyalty to friends and professional duty, Kalin must look within her isolated community to unearth the killer’s identity.”

I love to connect online with other readers and authors.  You can find me at: 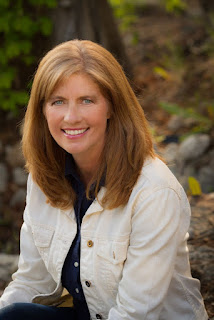 Kristina Stanley is the author of the Stone Mountain Mystery Series. Her books have garnered the attention of prestigious crime writing organizations in Canada and England. Crime Writers of Canada nominated her DESCENT for the 2014 Unhanged Arthur award. The Crime Writers’ Association nominated BLAZE for the 2014 Debut Dagger. She is published in the Ellery Queen Mystery Magazine.

Before writing her series, Kristina was the director of security, human resources and guest services at a resort in the depths of the British Columbian mountains. The job and lifestyle captured her heart, and she decided to write mysteries about life in an isolated resort. While writing her first four novels, she spent five years living aboard a sailboat in the US and the Bahamas.

Melodie, thanks for having me. I’ll be around all day if your readers have comments or questions.