I got to know Rosemary a few years ago, when I had the privilege to be her Mentor in the Crime Writers of Canada Mentorship program. Now, I've mentored many fiction writers - probably over 1000 -  through my classes at Sheridan College.  You know that great feeling one gets when you discover a new writer you know is going to be a hit?  I felt that way about Rosemary.

And here it is: her second novel.  Enjoy! 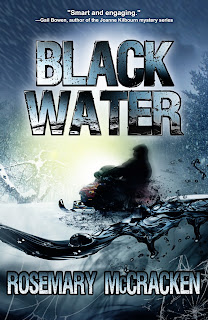 The Best Piece of Writing Advice I’ve Ever Heard
I wrote several stories when I was a child. They were pretty dreadful, and at the age of nine or ten I had no idea how to make them better. So I stopped writing fiction.
If only I’d kept on. My writing and my storytelling abilities would have improved.
Instead, I became an avid reader and went on to study English literature at university. I was told that I had a talent for putting words together. After university, I became a newspaper journalist because it involved writing. And I’ve been writing and editing newspaper and magazine articles for the past thirty years.
But deep down I wanted to write fiction instead of relating facts. I wanted to create my own stories instead of reporting those of other people.
One day I overheard a conversation between a newspaper editor and a fellow reporter. This reporter was a terrific newshound. She could sniff out a good story and track down wonderful sources to interview. But she had trouble building an article out of her wealth of information. She’d get stuck on the first sentence.
“Just jump in and start writing,” the newspaper editor told her. “Don’t worry about the opening. You can come back and fix it. Turn off your internal editor, and write the story down just as if you’re telling it to me.”
Turn off your internal editor. The words resonated. As a journalist, I never had problems writing articles. I had to write to deadlines, and at daily newspapers, those were usually daily deadlines. I had no choice but to submit an article and move on to the next. I had no time to listen to internal editors when I had editors in the newsroom saying they wanted that article ASAP.
But I remembered the internal editor I’d listened to as a child, and I realized that I was vulnerable to that voice when I was writing fiction. And that was because I was working completely on my own, without deadlines and without feedback.
I decided to take another run at fiction writing.
With some difficulty, I managed to tune out my internal editor while I was writing. I focused on getting the story out, sentence by sentence, page by page. Later, the following day or the following week, I revisited these pages with my editor’s voice turned on but firmly in check. I tightened and reworked sentences and paragraphs. I discarded entire pages if necessary.
I joined a writers’ group that meets once a month. This provides deadlines, and I work well to deadlines. I joined networking groups such as Crime Writers of Canada and Sisters in Crime. Several years ago, I left my full-time job at a Toronto newspaper and became a freelance journalist to free up more time for fiction writing. I submitted work to literary contests.
Slowly, I made progress. I had short stories published in anthologies. I made the shortlist on some pretty prestigious writing contests. Then last year, my debut mystery, Safe Harbor, was published as an ebook and a paperback by Imajin Books. Its sequel, Black Water, has just been released.
I’m still vulnerable to my internal editor who likes to compare my writing—usually unfavourably—with the works of other writers. I need to tune out these comments, and with practice, this becomes easier to do. The voice will always be there, and it can be useful when my work needs editing.
But it has to be kept firmly in check. 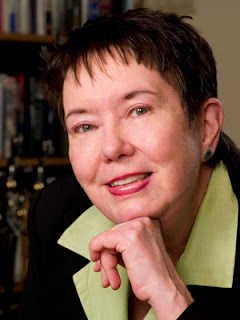 Rosemary McCracken has worked on newspapers across Canada as a reporter, arts reviewer, editorial writer and editor. She is now a Toronto-based fiction writer and freelance journalist. Her first mystery novel, Safe Harbor, was shortlisted for Britain’s Crime Writers’ Association’s Debut Dagger in 2010 and published by Imajin Books in 2012. You can buy it here.
Black Water, the second book in the Pat Tierney series, has just been released at the special introductory price of .99! You can buy it here.
To win a $50 Amazon gift certificate, enter the contest here. Deadline is June 15.

Posted by Melodie Campbell at 13:26