ROMANCE WITH A SMILE 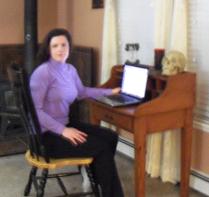 Though romance isn’t necessarily funny, humor usually has its place in romantic stories.

Some romances are based on humorous situations. Not that these stories don’t have their serious moments, but the humor interwoven in them makes them feel-good reads that provide an escape from reality.

At times books are so serious that a character or event is used for comic relief. When you just need to briefly step back from an intense plot, some characters bring a smile to your face.

While I enjoy reading all kinds of romance including comedy, in my books, with the exception of the satirical GreatSword’s Woman, I tend to have moments of humor interspersed with horror, action or drama. Though I usually find comedy difficult to write and truly admire authors who have mastered the art of creating romantic comedies, some characters have such outrageous personalities that they can’t be written without humor.

Two characters I feel very close to and who were easy to write, partly because of their sense of humor, are Vincent Dilorenzo and Sir Lock. I received a lot of mixed feedback about Vincent. People either loved him or hated him. They either got his humor or they didn’t. Both types of comments were nice to see because he stood out enough to provoke a reaction either one way or the other. Vincent was so much fun to write because he used humor as a shield. He preferred playing the buffoon to confronting the shame and guilt of his past. Sir Lock also used humor as a coping mechanism. Both guys could be wild, crazy, and obnoxious. They drove other characters nuts, but they were liberating to write, mostly because they weren’t trying to impress anyone and didn’t care about appearances. The usually went out of their way not to conform.

Some of my favorite romantic comedies are Vampire Vintage by Ashlyn Chase and the Shelby’s Angels series by Stephanie Burke. If I’m in a bad mood, these stories can help get me out of it.

How do you feel about humor in romance books? Do you have any favorite romantic comedies or humorous characters that always make you smile? 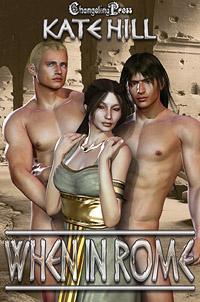 What do trips around the world, endless nights of breathtaking sex, and a muscular, 6-foot 3-inch, brown-haired, blue-eyed significant other have to do with Kate Hill? Absolutely nothing, but she can dream, can't she? In reality Kate is a vegetarian New Englander who loves writing romantic fantasies.

When she's not working on her books, Kate enjoys reading, working out, and researching vampires and Viking history.  You can visit her online at http://www.kate-hill.com
Posted by Melodie Campbell at 19:15