Murder is SO Italian (The BEST shows on MHZ!)


It’s true.  Murder is so Italian.  POWER! REVENGE! BETRAYAL! It goes right back to those steps of the Senate, when Brutus asks his good friend Caesar for a light, and then fills him full of bronze. 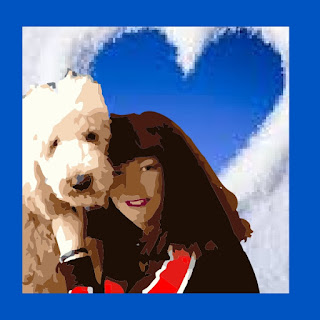 So it’s not surprising that the Italian tradition of writing about murder is first rate.  I’ll be you’ve already heard of Donna Leon.  She writes very good stuff about Venice for the English market.  But do you know who is a superstar in his own country?

Set in Sicily, the Montalbano series is about the best thing out there, on paper or on television.  Inspector Montalbano is a fictional hero in Italy, and a wonderful character on the screen.  His supporting cast is delightful.  This is not grim and gritty fare like Scandi-noir.  (Okay, I crossed out the word dismal. You caught me.)  Nope – Montalbano is truly fun, clever, witty and brilliant.  And oh, the Sicilian scenery.  And the food! The television adaptation is now playing on MHZ, the European Mystery channel, now available in the US and Canada for the same price as Netflix.  If you are a mystery fan, you’re crazy not to subscribe to this.

Other series on MHZ:

Nero Wolfe:  Yes, you heard that right.  The story is: Nero Wolfe and Archie Goodwin leave New York to go live in Italy for their own safety in the 1950s.  So…an Italian production where Wolfe and Archie are known as Americans, and believe it or not, it rocks.  You’ll be believing Goodwin is the real thing from the book – he’s perfect.  So far, there are 6 episodes, and I’m really, really hoping they do every book.  The production values and attention to detail are amazing.

Inspector Manara:  Regarded as a ‘poor man’s Montalbano’ (not my words) Inspector Manara is gorgeous, but not quite as charming.  They made him a ‘player’ which lessens his appeal in my books.  Still, it fills the gap when you’ve gone through all seasons of Montalbano.

Don Matteo:  This delightful series is very different from most crime shows.  Imagine Father Brown with a wonderful smile, heart full of gold, and ride-um cowboy physique.  Yes, the star of this show is a former blond and handsome Spaghetti-western cowboy you may recognize from earlier films.  He makes a terrific priest, and the cast of quirky characters around him are, to a word, lovable.  The Carabinieri Capitano and Marshall are my personal favourites.  Heaps of fun, and the series is in its 10th season, so lots to watch.  The perfect show for before bed, when you want to go to sleep with a smile.

Inspector Nardone:  Hold your hat for a unique series that takes one back to the late 1940s.  WW11 is still haunting the inhabitants of this northern Italian city.  Nardone is a man with integrity and grit, in a world where the bad guys often win and run things.  This is a more serious show, done with an interesting voice-over by a journalist following the actions of Nardone.  Great period piece.

Murder at BarLume:  Hilarious. Truly an original show, with Massimo as the attractive bar owner trying to keep control of four geriatric pensioners who would try anyone’s sanity (honestly, you have to see it to believe it.)  Murder, of course, is on the bar menu, and Massimo solves each crime ahead of the beautiful but somewhat Germanic female detective.  Great fun.

Obviously, if you watch this list, you will get a good peek into my personality.  But take it from me:  NO one does humour like the Italians.

Says she, flying back to Palermo, as soon as possible.

Posted by Melodie Campbell at 07:13