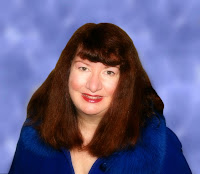 Today, I’m going to talk about the uselessness of today’s undergarments.

I’ve always been a 38C. Okay, when the kids were born, I ballooned (more like watermeloned) up to some ungodly letter. But basically, we’ve been sauntering around the C mark for most of our lives, kind of ignoring the fact, like below average kids at school. (Note the school reference here. We cleverly come back to that in the last bit.)

This I’ve learned: if you’re sort of satisfied with something, you don’t even think about it. It doesn’t bug you, so it’s not on your mind. Occasionally some guy says, wow, nice rack, and you look down absently and think, oh yeah. Still there. Good show, mates. And then go back to worrying about your thighs.

I’m not saying ‘good show’ anymore. I’m saying, ‘what the hell happened to you?’

It all started in the lingerie shop. Big Fraulein is apparently a professional ‘fitter.’

Let me digress here. Did you know that there was a paying vocation for professional bra fitters? I didn’t. But I really have to ask: how do you train for this? Is it a college course, a distance course (unlikely) or do you go for hands-on training?

What if you don’t pass? Imagine the embarrassment.

Seems to me this would be a dream job for an eighteen year old guy. Or maybe even an eighty year old one. Or any age in between.

But I’m in the store and I don’t get Hans <sic>. I get Brunhilde.

She ordered me into the changeroom. Demanded I hand over the bra I was wearing. Took one look at the thing, said: “Deece is garbage.” Then she threw it into the waste paper bin.

Take my word for it, when you’re standing half naked in a skinny-mini change room with Brunhilde guarding the door, you are not inclined to dash out and recover your underwear from a garbage can.

And then I got the bad news. Here’s the thing: The numbers and letters are still the same. But according to Brunhilde we’re going to have to force the girls into a different shape than they naturally tend to occupy.

Sob! I’ve 'graduated' to a 38C Long.(There's that school reference.)

My bra needs a bra.

And I need a drink.
Pass the Jack Russell. Wait a minute – that’s a dog. I meant Jack Daniels.
Posted by Melodie Campbell at 11:07